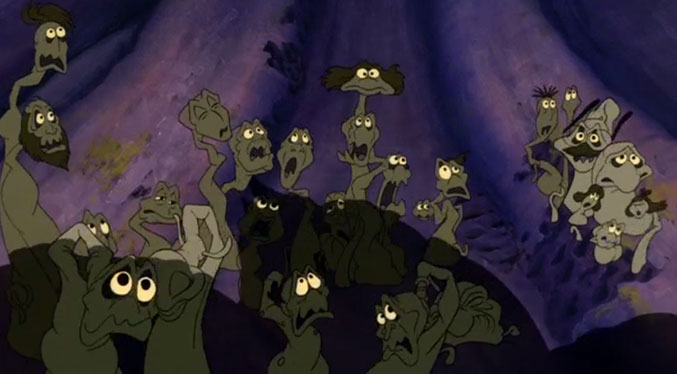 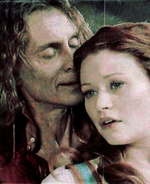 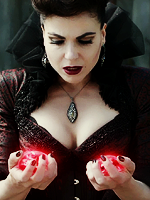 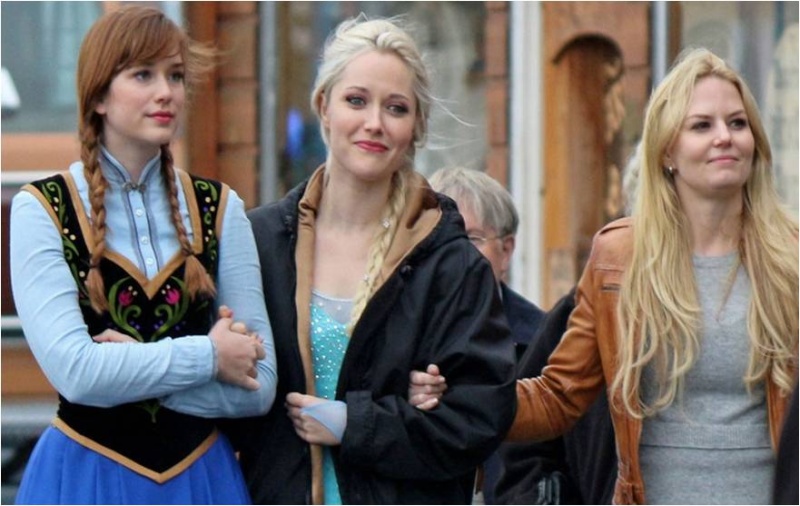 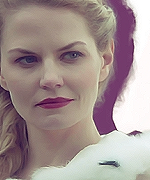 Have you cast the Sorcerer? Is this a character we’ll be seeing?
HOROWITZ: The character of the Sorcerer we have not cast. The Sorcerer and/or Author will be met within the second half of the season.

Can you talk about this race between heroes and villains to track down the Author? Will we be surprised by what side people fall on?
HOROWITZ: We hope so. We hope there are a lot of surprises in this race to find the author.
EDWARD KITSIS: I think it’s going to really bring into question what makes a hero and what makes a villain. Does the victor get to write history, or is there good and evil in all of us? One thing we’re excited about is that although we’re bringing in the Queens of Darkness, the second half is really about our core characters. We’re going to get a lot more Snow, Charming, Rumple, a lot more Evil Queen and Emma. We’re going to see how all of this affects the people that we’ve come to know and love over the last four years.

Will that race take them to other realms, or might we see some other lands in the second half of the season?
HOROWITZ: We may. We’ll see some flashbacks. We’ll be mostly focused in Storybrooke and what’s going on there with our flashbacks to other realms along the way.
KITSIS: We’re going to meet a couple of new lands and adventures here and there. The other thing we’re excited about is a lot of the flashbacks are really going to take us back to that time in season 1 pre-curse. Snow and Charming post-wedding, when the Evil Queen was evil and Snow and Charming were heroic. We’re going to see a chapter of time during that period that we’ve never seen before

Snow and Charming took a back seat during the first half of the season. Can you tease what’s next for them?
KITSIS: They were a little lighter in the first half.
HOROWITZ: They’re going to play a much more integral role in what’s to come next, particularly with these Queens of Darkness. Their paths and the future of Storybrooke are aligned in a way that we’ll learn about very quickly.
KITSIS: They’re really going to be in the forefront in the second half, and also their relationship with Emma and their relationship with Regina.

Will we see how the Queens of Darkness came to work together?
HOROWITZ: Yes. Very quickly.
KITSIS: In fact, the premiere.

Rumple seems to have crossed paths with Cruella before. Will we get to see that story?
KITSIS: Yes. Last night, when Rumple saw all three of them, he seemed surprised to see them all. The premiere is going to answer why.

Do the Queens of Darkness share a connection to any other Storybrooke characters?
KITSIS: They’re going to have a connection to Snow and Charming. We’re also excited to get their origin stories, but one that we’re really excited about is episode 14, which is how the Evil Queen met Maleficent.

What role will Robin Hood play moving forward? Will Regina try to track him down?
HOROWITZ: What Regina is or isn’t doing, we aren’t going to say right now, but yes, you have not seen the last of Robin Hood.
KITSIS: We’re just in the middle of the book here.

Has Rumple fallen completely to the dark side, or will his love for Belle keep him from going full evil?
KITSIS: It’s very interesting, because Rumple warned us in season 1 that he was a difficult man to love. Every time we show that side of him, people like to gloss over the fact that he was one of the world’s biggest villains. But truly, he started this season wanting to give the knife back to Belle and wanting to be noble and be a great husband. But we also have to remember last year he did the right thing and sacrificed his life. The end result was his son died and he became a slave to the Wicked Witch, because as long as they have that knife that can control him, he will never truly be free. When he was on his honeymoon and he saw the hat and a chance to free himself, he wasn’t doing it for the power—he was doing it so he wouldn’t have to have the fear every day. Rumple didn’t come to this world with Bae because he was frightened to be in a land without magic. We realize he doesn’t want to be anyone’s prisoner. His real mistake was not being honest with [Belle] and telling her what he was doing. He didn’t do it for villainous reasons, he did it so he wouldn’t have to be a prisoner again and it just got out of control.

Viewers might assume he’s trying to team up with the Queens of Darkness just to get his quick and easy happy ending, but is there a chance his main goal might be just to get back to town to win Belle back?
KITSIS: We’re going to see a Rumple who has lost everything, and he absolutely wants to get it back. We saw him at the height of his hubris telling Regina he’s about to take his happy ending and he doesn’t need an author. Then we see him go to Ursula, repeating what Regina said to him. I think he’s willing to try new methods this time.

What can you tease about the next chapter for Hook and Emma?
HOROWITZ: I think Emma is understanding that Rumple had his heart. The next chapter for the two of them will be about where does their relationship go from here? And how do the new personal obstacles that we’ll see unfold for them in the second half of the season either aid or abet that relationship?

In the last Hot Seat, you mentioned we’d see Lily again. Will we see more of Emma’s past, or might she actually appear in the present?
HOROWITZ: That’s a great question.
KITSIS: If I was playing Hot Seat rules, I’d say, “Can’t say.” 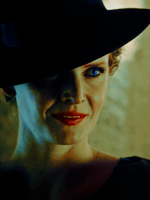 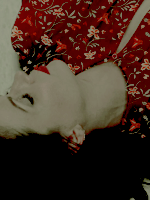